How Software Companies Can Get Ahead of ASC 606 A recent Ernst & Young survey revealed that while most companies have begun looking at the new ASC 606 revenue recognition standard, almost a third of 300 finance and technology executives expressed that they are at risk of lagging behind in their rush to comply with the new revenue recognition rules. If you’re like these companies, you should know: the big advice from software companies already in the trenches is start now. 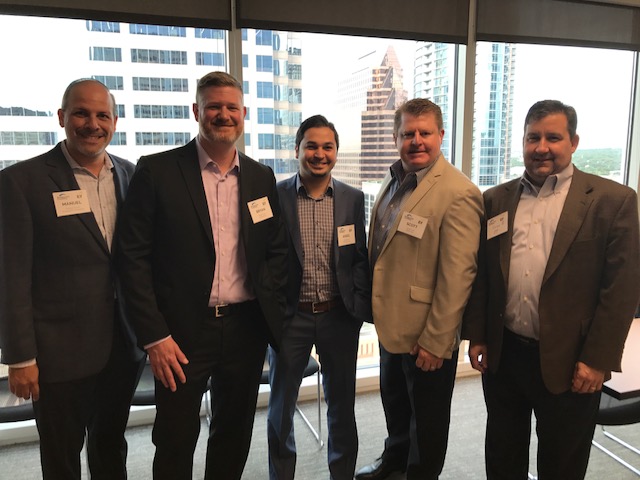 During a recent Bridgepoint Consulting and Ernst & Young Roundtable titled “New Revenue Recognition Rules: the clock is ticking,” we heard firsthand reports from two public software companies Q2ebanking and PROS software, who have recently begun implementing the new revenue recognition standard. Their experiences so far underline our expectations: the time and effort required to successfully implement the new standard is substantial. Our panelists gave their peers in private companies some helpful suggestions and guidance for developing their own approaches, including: start now, take ownership of the process and put together a systematic approach that involves auditors and other key departments early in the process.

HERE ARE A FEW KEY TAKE-AWAYS FROM THE DISCUSSION:

If that’s starting to sound repetitive, then you have a good sense of this good-humored conversation. Scott Cook, VP and Corporate Controller for PROS software, started the panel by describing ASC 606 as “a ton of work, even for a SaaS company.” He emphasized the importance of analyzing processes and systems early and using that data to develop a project plan with milestones, deadlines and frequent updates to an audit committee.

Bryan Lane, Chief Accounting Officer of Q2ebanking, said his team approached their initial analysis by identifying their largest contracts and customers and breaking them down into different revenue streams. They then used different assessment tools to tackle each group. “It sounds simple, but is incredibly time-consuming,” Bryan said, adding that you can’t, for instance, tell your auditors you don’t have a significant financing component without backing that assessment with review data.

Adeel Rana, Senior Manager at Ernst & Young, agreed, saying that taking this kind of systematic approach to contract review makes the rest of the process much easier by giving you the facts you need to identify risks, design your solution and back your eventual position.

The panelists also said thinking through what you’ll need to disclose is key to this early process, because they found disclosures had a surprising impact across the business – for instance, by changing the timing of contracts signings. Taking advantage of reading public disclosures by big software companies can help, even though disclosures for private companies will be more qualitative in nature.

Lane also stressed the importance of reading up on the ins and outs of the new revenue recognition standard on your own, given that he discovered many free webinars are largely sales-focused – and that some contained “flat-out errors.” He suggested reading the standard multiple times, looking at guidance from consulting firms and independently researching anything that sounds like it might be incorrect.

All the panelists urged participants not to underestimate the amount of time it takes to get up to speed on the new rules, and recommended hiring a consultant if you can’t dedicate internal resources to a full-time effort. “This is consuming 80% of my time,” Bryan said. “This is what I do right now.”

Another recurring theme was involving auditors early and often, because getting buy-in as you’re writing goes a long way toward preventing headaches in your implementation. That’s largely because ASC 606 takes a principles-based approach to revenue recognition that individual companies have to interpret to fit their own situations. Auditors – who are still learning the standard themselves – need time to help their clients test and validate each of these different positions.

In many ways, this advice boils down to resisting the urge to be a perfectionist. Instead, Bryan suggests sharing the bullet points of your white paper early to get input. “Don’t be too concerned about having your analysis buttoned-up and ready. Otherwise, you’re going to be waiting too long and finding out at the 11th hour that they totally disagree with your take.”  Seeking input, however, doesn’t mean giving up ownership. Instead, it’s an opportunity to make your case: to approach auditors with what you already think you’re going to do and why, so you have some influence.

Involving auditors early also gives them time to review your work before other clients submit their work at the end of the year. “There’s a tidal wave coming,” said moderator Manuel Azuara, Principal at Bridgepoint. “That’s a really big concern of ours, and we want to ensure companies succeed. Please start early. What we fear is having to say no because we won’t have enough bandwidth to help.”

Related: Why Falling Behind on the New Revenue Recognition Standard is a Perfect Storm

The panelists also emphasized that revenue recognition isn’t just an accounting exercise, Instead, ASC 606 will prompt changes that ripple through the entire business, affecting everything from net income to forecasts, valuations and bonus plans. For that reason, they suggested adding team members from across your organization and communicating frequently with leadership and investors alike.

These team members can make significant contributions to your process. One panelist described a situation in which the company CFO and Controller were convinced they had no on-premise software – that is, until auditors talked to their software developers. In other words, don’t make assumptions about your products. Instead, talk to the IT professionals, software architects and developers who know those details best and can help you get your documentation right.

Involving and communicating with leaders from different areas in your company will also mean those people can help pave the way if, for example, you need to work with legal to make a small change to a clause in your contracts that is reliably causing problems – or if you need to request an IT budget for a new accounting system.

And will you need a new system? Here the panelists reported different approaches. PROS is using Excel to create documentation outside of their system. The risk, Cook said, was that they won’t have reporting capabilities in case of an audit. Q2 opted for advanced revenue management (ARM) software within NetSuite, and will eventually move billing over as well.

A systematic analysis of your systems early in your process will reveal your biggest data gaps, so you can decide whether you need a new solution, can tweak some processes in your existing system, or will use Excel. Evaluating your systems early will also mean that if you do go with new software, consultants will still have the bandwidth to help implement it before the rush.

Once again, Lane suggests doing your homework: If you choose standalone rev rec software, dig into how it will integrate with your ERP. “If you run into problems in the implementation, that turns into your problem. Know what you’re getting into. Talk to other companies that use the software, and make sure you’re picking the right tool to support your business.”

Taking a methodical approach to your rev rec analysis can help you sidestep potential pitfalls with contract modification, performance obligations and transaction pricing. Carefully analyzing contracts, for instance, prompted PROS to switch to an all SaaS model because of the way ASC 606 will now effectively count term licenses as perpetual licenses.

If you bundle products in your offerings, it’s key to evaluate whether you have single or multiple performance obligations for those offerings. In addition, make sure you have a system in place for handling contract modifications without creating a bottleneck. Variable consideration is another big area, in which you’ll need to look at discounts, free items and other offerings that could prompt price increases. You may also need to amortize costs such as commissions (and renewal commissions) over the life of your contracts – or change your existing method or timeline for doing so.

BRINGING IT ALL TOGETHER

Sweeping changes like these don’t come along very often. Therefore, they require your attention and action. Starting your rev rec analysis early, developing a sound plan and involving auditors and experts from within your company will go a long way toward smoothing your process. If you’re just starting on your plan to address revenue recognition, Bridgepoint’s team of experts can help you navigate these changes — from strategy to project management and through implementation — so you can continue running your business and meet the new standard on schedule. In addition to the legwork, we can help you get prepared for board and investor questions, help you leverage internal resources to save money and gain internal expertise, and reduce your risks by conducting a proactive evaluation of your systems and design of controls. Explore our revenue recognition services!

As a Managing Principal for Bridgepoint Consulting, Manuel leads the firm’s growth strategy and geographic expansion initiatives. His background includes more than 20 years of experience in business process re-engineering and corporate governance across a range of public and private sector clients. Carve-out Support Consultant: What Do They Do & How Do They Help?

Finance Transformation Consultant: What They Do & How They Help Your Business