Proposed New Lease Accounting Rules: Should You be Worried? Who is affected, and how will their financial statements be different?

Lessees
For those using leased assets (lessees), the proposal effectively eliminates off-balance sheet accounting for most leases. All assets currently leased under operating leases would be brought onto the balance sheet, treating “operating” leases more like “capital” leases are treated today. Basically, the asset (the right to use the leased item) and the liability (the obligation to pay rentals) would be shown on the balance sheet at amortized cost, based on the present value of payments over the term of the lease. Today, this is only done for capital leases, so office space and other rents are NOT shown as a liability on the balance sheet. Also, in calculating lease assets and liabilities under the proposed new rules, the lease term would include optional renewal periods that are “more likely than not” to be exercised, which is also a big change from current accounting (which generally only includes non-cancellable periods in the lease term), and could significantly increase recorded liabilities. Lease renewal and contingent rents would need to be continually reassessed, and the related estimates adjusted as facts and circumstances change, unlike current accounting. On the income statement, straight-line rent expense would be replaced by amortization and interest expense. This will also probably result in an acceleration of expense recognition, as interest on the obligation would be greater in the earlier years, similar to a mortgage.

Lessors
For those who provide leased assets (lessors), depending on the economic characteristics of the lease, a lessor would apply either a performance obligation approach or a derecognition approach.

The performance obligation approach would be used for leases where the lessor retains exposure to significant risks or benefits associated with the leased asset either during the term of the contract or subsequent to the term of the contract. Under this approach, the lessor would recognize a lease receivable, representing the right to receive rental payments from the lessee, with a corresponding performance obligation, representing the obligation to permit the lessee to use the leased asset.

The derecognition approach would be followed for all other leases. The lessor would recognize a receivable representing the right to receive rental payments from the lessee and record revenue. In addition, the carrying value of the leased asset that is considered to have been transferred to the lessee would be derecognized and recorded as cost of sales.

Under either approach, lessors would need to estimate the lease term and contingent payments and adjust these estimates as facts and circumstances change.

Are changes only to the financial statements?

No; in addition to the changes on the face of the balance sheet and income statement, the proposed rules would require more extensive disclosures than currently required under US GAAP and IFRS. The increased disclosures focus on qualitative and quantitative information, including the significant judgments and assumptions made in measuring and recognizing lease assets and obligations.

Who’s affected? Virtually all companies who currently have lease arrangements. Some entities would be affected more than others, depending on the number and type of leases in existence at the transition date. The proposal applies to almost everybody, although certain types of leases are excluded from its scope, such as intangible assets, exploration or use of natural resources, biological assets, and investment property measured at fair value. Notably, pre-existing leases are not expected to be grandfathered, with the exception of “simple capital leases” (which are already run through the balance sheet and income statement). The boards are proposing that lessees and lessors apply the new leasing approach by recognizing assets and liabilities for all outstanding leases at the date of the earliest period presented using a simplified retrospective approach.

The exposure draft does not propose a specific effective date, but it is anticipated that the final standard will have an effective date no earlier than 2012. Given the potential impact of the proposed changes on accounting and operations, management should begin assessing the implications of the proposal on existing contracts and current business practices.

Is this just technical accounting stuff? Should my company be concerned?

If you have any operating leases, as almost all companies do (at least for their office space, and often much more than that), monthly expense shown in your income statement will change, not only in amount but on which line it appears in the income statement. Things formerly classified as rent expense might now be classified as depreciation or amortization, as well as interest expense. For those companies which track EBITDA, the change in categorization will probably result in a different EBITDA for the same operating results vs. under today’s accounting. Also, lease obligations could be considered incremental debt on your balance sheet.

This might not matter if you have little or no leased assets, or if you have no relationship with banks, investors, suppliers or other contractual relationships. However, if especially if you have bank loans with covenants regarding debt levels or EBITDA requirements, this change probably wasn’t contemplated in the EBITDA definition in debt agreements and may result in covenant defaults under certain circumstances unless renegotiated. Analyzing the potential impact in a timely manner, and working with your bankers, investors, suppliers or other stakeholders may be prudent before this change happens. In addition, to the extent you are or will be negotiating contracts before the effective date of this change, you should carefully consider how this will impact those contractual obligations and how to mitigate any impact this accounting may have.

Also, if you have an annual audit, your financial statements and disclosures will require significantly new methods of preparation, and your internal processes to produce this information may need substantial overhaul. Things like tracking of new assets and liabilities, whether this will be done through spreadsheets or more sophisticated software, etc. should be taken into account. This may take quite a bit of planning to implement in a timely manner. 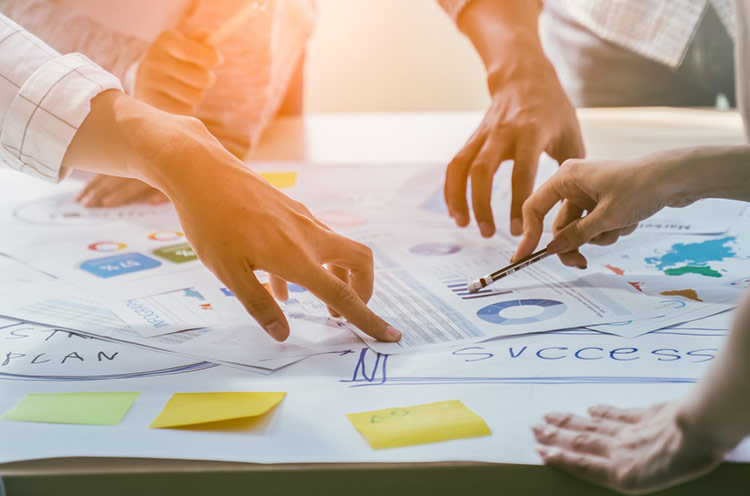